Wonder what it's like working at Visual Components? In our Career Stories series, we introduce you to the rock stars who makeup our great company. 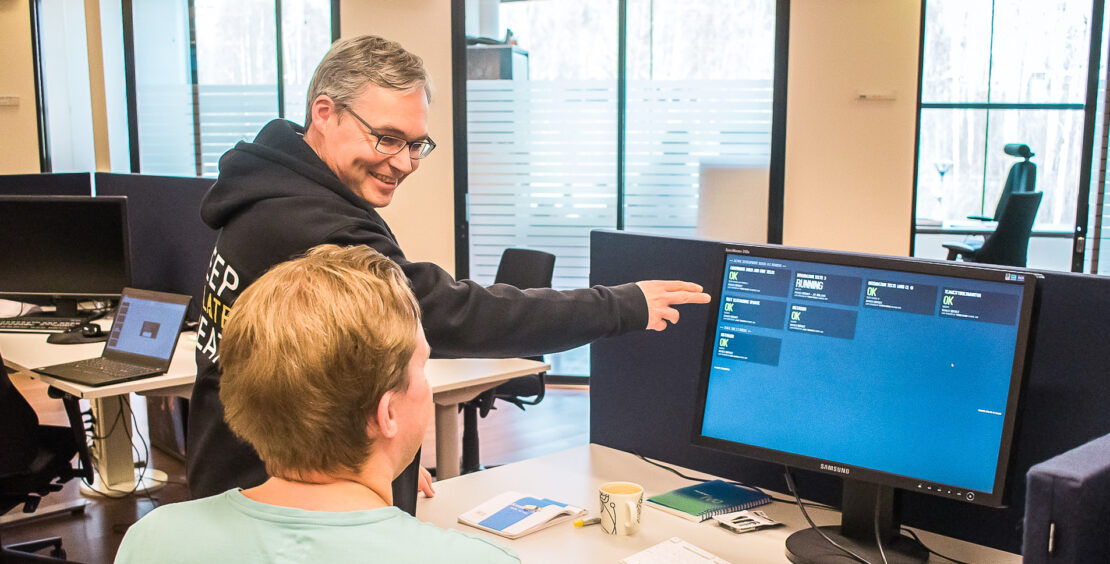 Juha-Pekka has been the Project Management Office Manager at Visual Components (VC) since September 2018, and describes his role within the company as that of an Agile Coach:

“In an agile organization you empower teams to have authority over what they are creating. An Agile Coach creates a mindset within an organization to maximize value from the end user and customer perspective, to respond quickly to market needs and to maximize return on investment of development efforts.”

Known around the office simply as JP, his hobbies include 3D modelling, downhill skiing, and sailing his 34-foot boat, Nightingale, during the summer. According to JP, boat maintenance is a big part of being a Finnish boating hobbyist, so he’s often working on it throughout autumn, winter, and spring too. 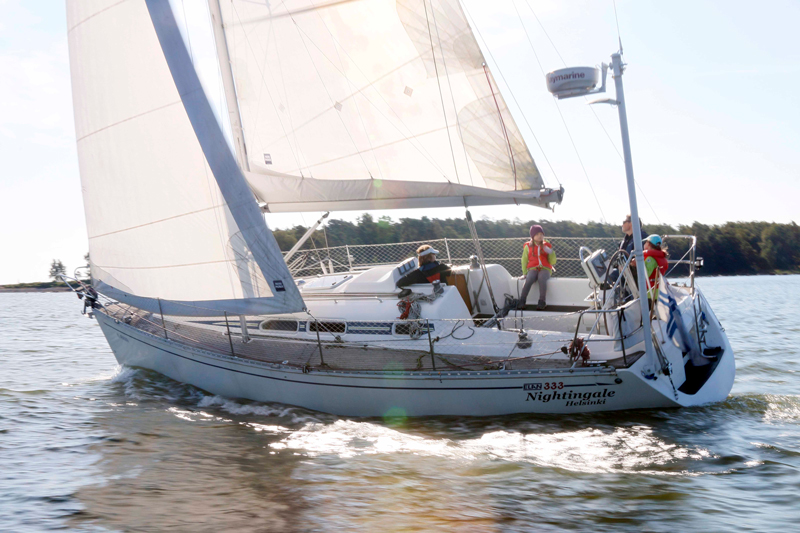 How did you end up working at Visual Components?

I had been looking for Project Management Officer and Agile Coaching jobs when I found Visual Components on LinkedIn. It looked like a good fit, as I had some background knowledge and experience with robotics from the early 90’s, so it was a no brainer to apply.

What about Visual Components caught your attention?

I didn’t know anything about VC when I first found the job advertisement. I researched the company and the product, which both seemed quite appealing. The location (headquartered in Espoo) was good too, which makes a difference when you’re commuting. 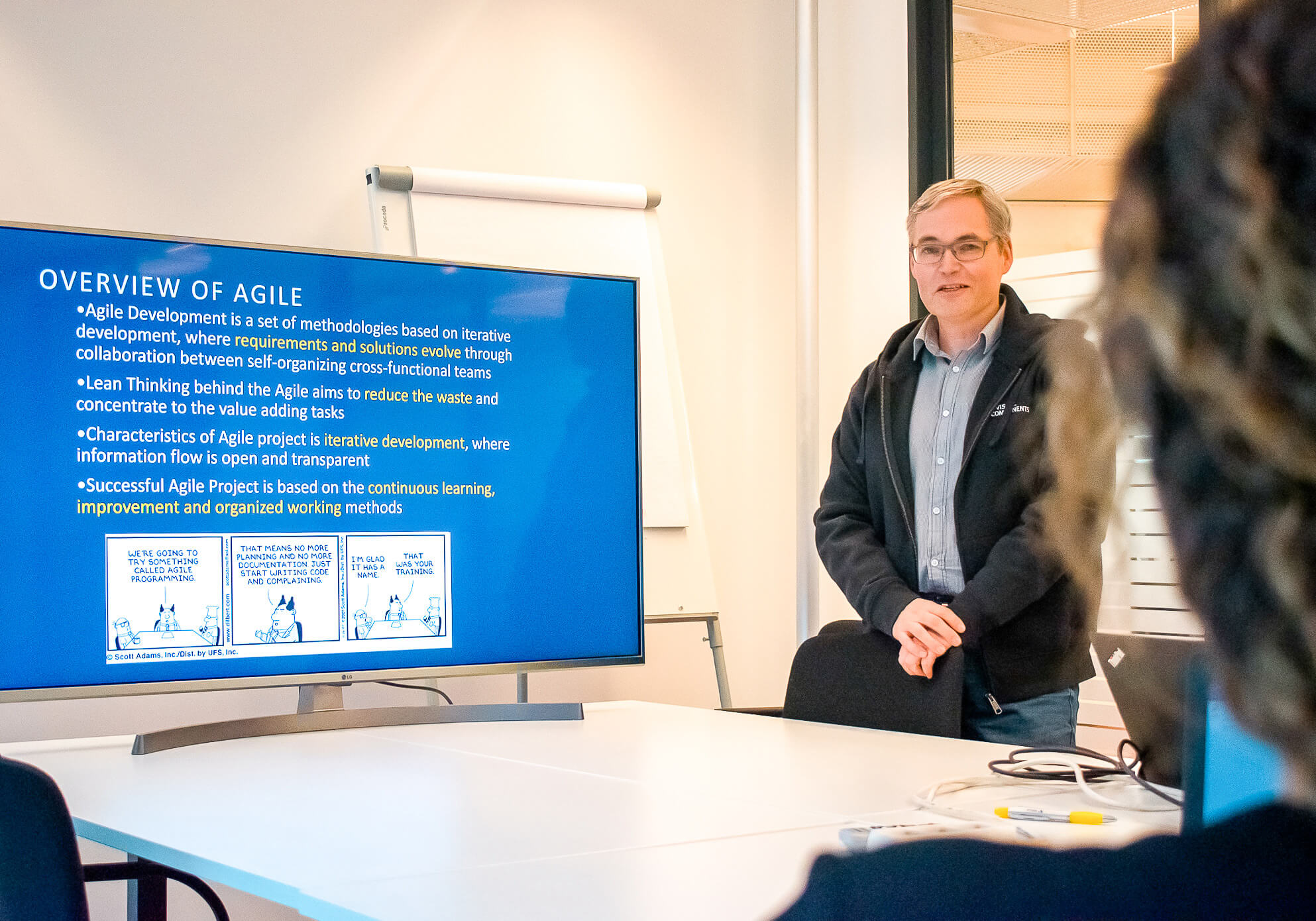 You’ve been with Visual Components for about 8 months. What has made you stay?

I must say, I haven’t even thought about leaving. There is a nice spirit here, so there’s no need to look elsewhere.

What do you do as a Project Management Office Manager (PMO) at Visual Components? What are your responsibilities?

I track and propose project schedules for product releases, and balance the number of requirements and wishes of an upcoming release. You could say I’m the “hold your horses” guy. I take care of our developer’s workload – they tend to take too much on their plate so I’m here to remind them to slow down.

I also develop new practices, such as test automations, DevOps etc., which improve our overall quality by giving us better predictions of our capabilities so we can produce consistent products. 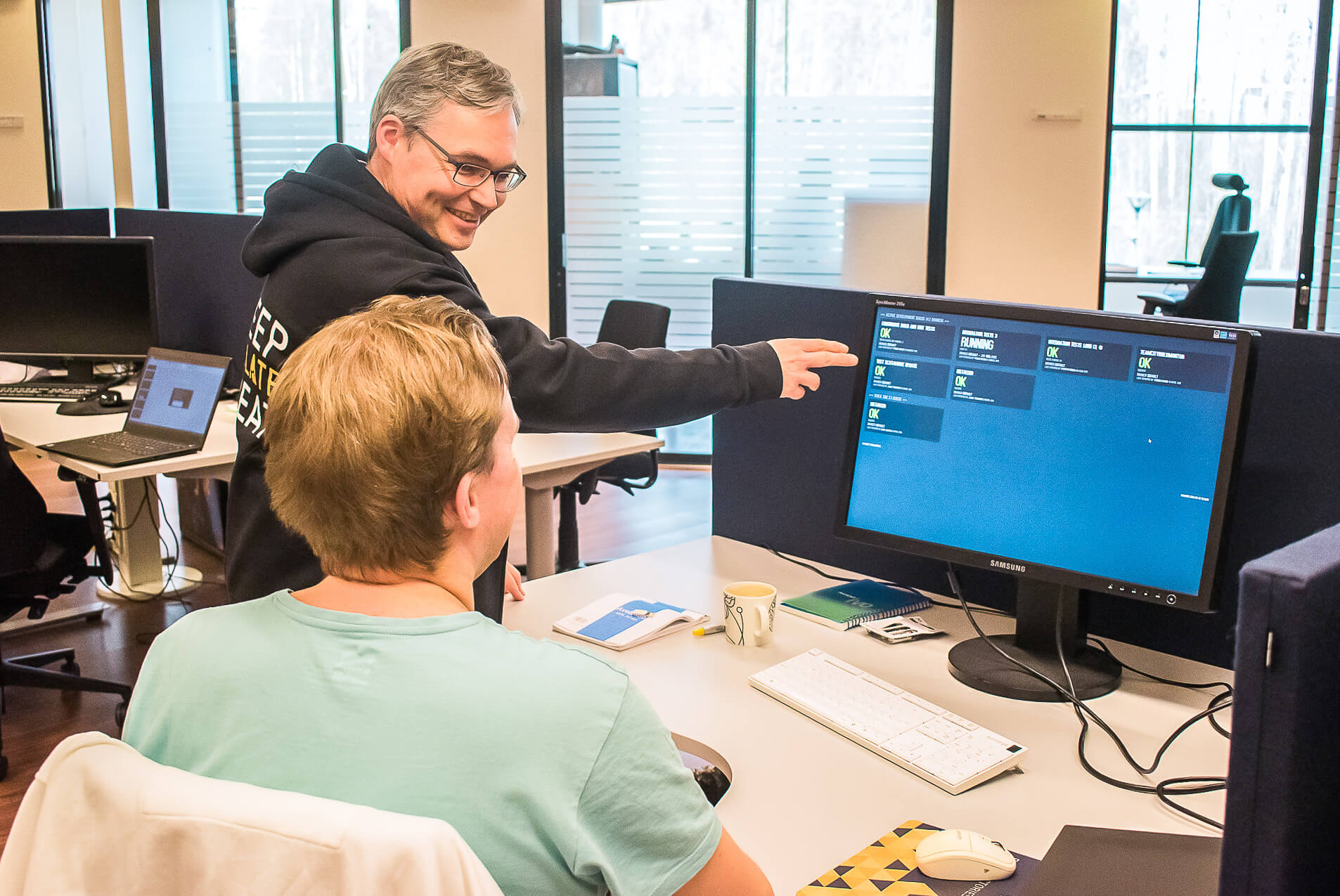 We work in two-week cycles, called sprints. That obviously makes for quite a strict schedule. Everyday we have scrums to check how things are going. I follow each development team’s progress and if there are any abnormalities, we figure out what might be a root cause of the issue and how to correct it.

What do you enjoy most about your day?

VC is a mid-sized company compared to the previous place I worked, so the possibility for change and agility are much greater here.

When I joined, we had daily scrums and some agile practices but the lean thinking didn’t exist yet. I’m quite pleased with the changes we’ve made in the past six months. Now we have stable two-week release cycles and teams, and people have gotten used to these pre-defined practices. 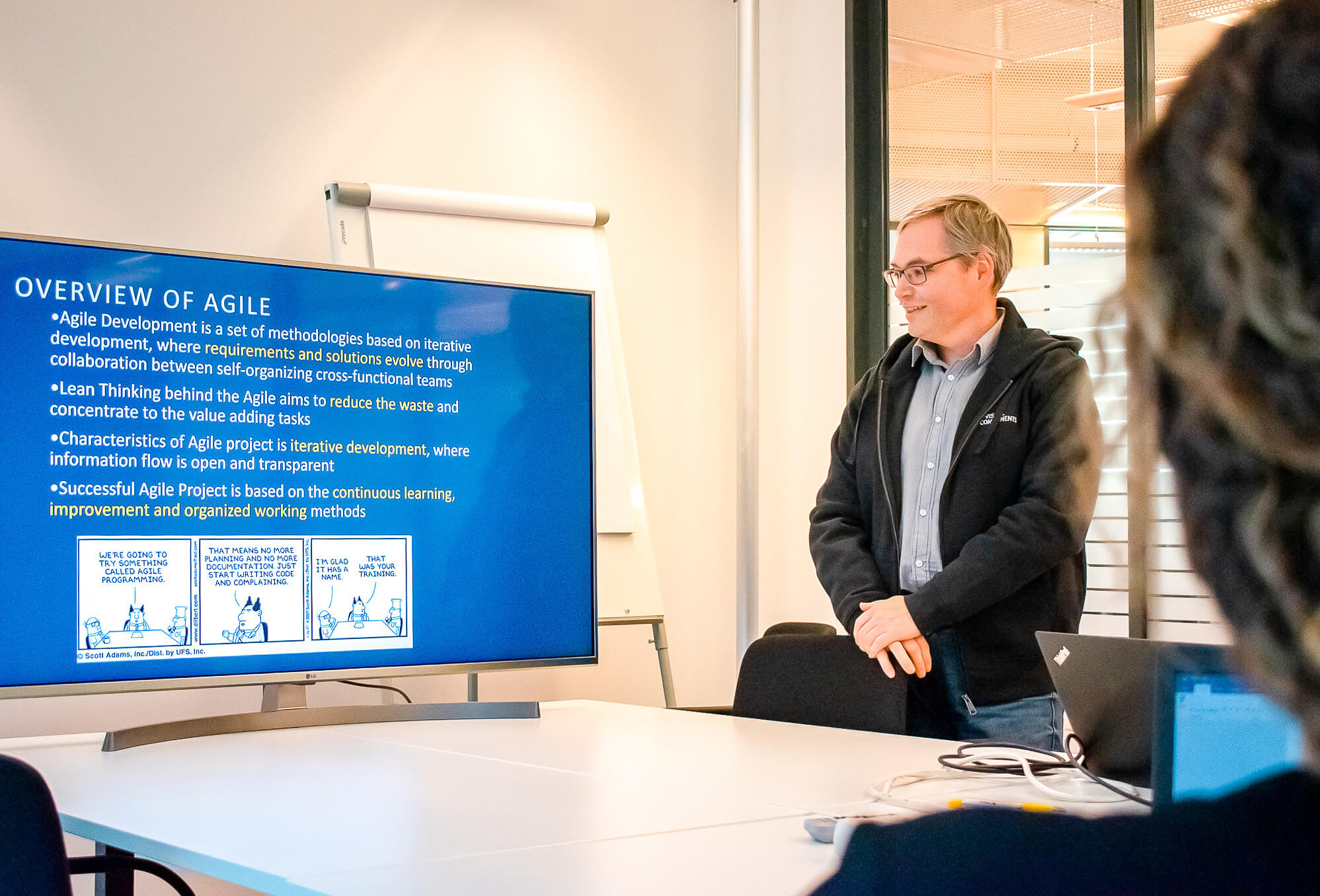 It’s possible to make a difference here, to have an influence and to make an impact.

What is your professional background?

I came to VC from Nokia Networks, where I worked since the early 90’s in roles such as Customer Interface, Head of Quality in Espoo and Helsinki, and Program Manager and Process Developer of Project Management.

Before Nokia I worked at C.E.R.N in the mechanical technologies department. I was part of a team making a 14-degree tele-manipulator, which is sort of like a human controlled robot with extension arms.

What are your favourite memories at Visual Components?

During my first week, the company took all the employees to Munich for Oktoberfest. For a first week it could have been worse!

Do you have any advice you would give someone who wants to work at Visual Components?

This is the kind of job and company where you can make a difference. The company size is compact, so your voice can easily be heard. 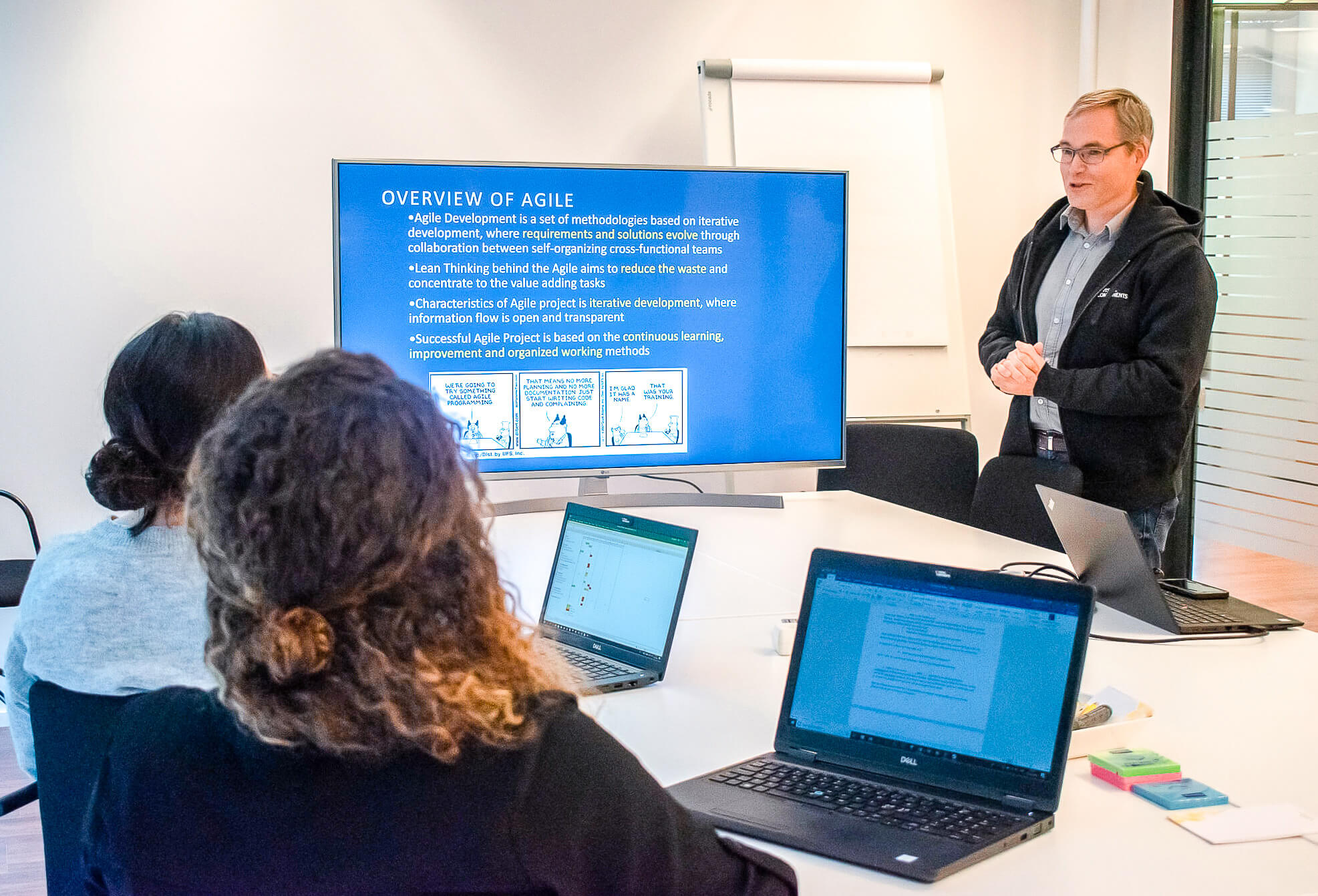 What is it like to work at Visual Components?

It is great to be working with cutting edge technology

Apply now
Back to top