Do you know the story behind Visual Components? Let Scott, Mika and Juha tell you how a clear vision and hard work helped the underdogs become a notable business. 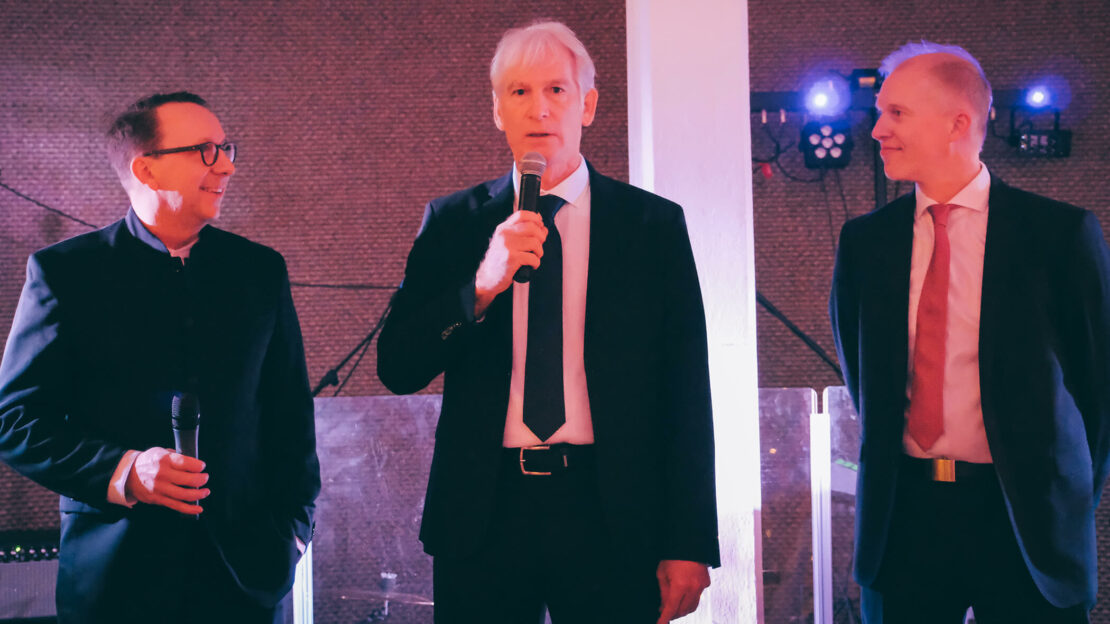 What were you all doing before Visual Components?

Scott: Before Visual Components, I founded a Michigan-based robotics company, Deneb Robotics, which kept me busy for over a decade. As a child I was supposed to become an astronaut, but my university classes introduced me to 3D CAD tools. I figured that robots are pretty cool, possibly even cooler than spacecrafts, and decided to give robots a few years. Well, I’m still here!

Mika: For me, it was computers rather than spacecrafts that got me going. I first used a computer at school when I was fifteen. The same year I sold my first program, a text editor I created for my neighbor. Through my interest in 3D graphics, I started studying at the Helsinki University of Technology and after graduation got a job at VTT Technical Research Centre of Finland. Later on, I went to the USA to work for Scott’s company, Deneb, for a few years.

Juha: I also studied at the Helsinki University of Technology and got a job as a research assistant at VTT where we did research on simulation software. Later on, that research group transformed into a spin-off company, Delfoi.

I always wanted to be an astronaut, and I ended up here!

How did you all meet?

Scott: In the late 80s, back when I was working at Deneb, we were beginning to expand to Europe, so I started to build a contact network there. Juha and Mika were working for Delfoi and they used our IGRIP simulation software. My job was to train the Delfoi staff on how to use the software efficiently. That’s where I first met Juha and Mika.

Mika: Scott and I started working on improving the IGRIP software straight away. Pretty soon I moved to the US to work for Scott at Deneb.

Juha: Mika and I met already at university. We had some courses and exercises that we did together. When I was at Delfoi, I gave a recommendation for Mika and he got a job there too.

At a university course I understood that Mika is a special talent and I felt we should do group work together. 30 years later we’re still in the same group.

What made you want to start Visual Components?

Juha: Working together was something we had actually talked about in the early 90s, but it took some time to materialize.

Scott: Deneb was acquired by Dassault Systèmes in the late 90s. I lasted about nine months and then got out. I had seen Mika and Juha work firsthand and was impressed by their skills. I think we all also shared a vision of where the industry was heading. Then, of course, our first customer JOT happened.

Juha: When Scott and Mika left Deneb, it was time to discuss our shared vision again.

Mika: I think the timing and the team were right. We had all worked together and also had international experience in the field. The fourth founder was Craig, who brought a lot of business expertise to our technically-oriented team. We got to a smooth start when JOT Automation started to fund us.

What was the vision for the company?

Scott: We expected to be Google in twenty years!

Mika: Of course, we wanted to conquer the world!

Scott: Kidding aside, the vision was clear. We wanted to make factory simulation software easy to use and affordable.

Mika: One of the approaches we decided to use was to make the software component-based, visual and as plug-and-play as possible.

Juha: Easy to use was certainly a term we used a lot.

Mika: Operating simulation software in the mid-90s required an engineer and a very expensive computer, which reduced the customer base significantly. Adding the visual element was important, as we wanted everyone to be able to use the software.

Juha: Making the software open was important to us too. We wanted users to be able to expand our library of components and create custom applications on our simulation platform. This is still our model today.

Scott: We already saw how laptops were starting to replace desktops and quickly thought about making it possible to use the software on a laptop. Basically, bring down the cost, make it easy to use and expand the customer base.

I believe our software should be as easy as using an Excel sheet for your engineering work. Even if people don’t use it every day, when they start using it, they should remember how.

What’s the story behind the company name and logo?

Juha: We have been Visual Components from the start. I think the name was quite descriptive of what we do: component-based simulation with a strong emphasis on visuality. I’m not sure Scott agrees though, haha!

Scott: Yeah, I had some different ideas about the name.

Juha: Craig came up with the first logo, something to do with a good eye for visuality. The current logo is the fourth one.

Scott: The name might actually be Craig’s idea too. The name is pretty long, and for some time I thought about coming up with something a bit crispier that doesn’t take too much time to spell in emails. Today, company names should have two syllables and no more than five letters, but we decided to showcase our strengths in the name. I remember that one of the first logos got confused with a target, so we had to update it.

Mika: The name was on point, since simulation was traditionally used for engineering purposes only. We wanted to make the software useful for marketing and sales as well, so the name had to be clear about the fact that our product was visual and bringing component-based simulation closer to wider audiences.

Tell us about your first customer, JOT.

Scott: JOT was the starting point for the whole company in 1999. They were developing the production lines for Nokia, which was one of the top 10 biggest companies in the world at the time. Craig knew people in the JOT hierarchy and they got interested in our software expertise.

Mika: At first, they needed a visualization tool for marketing. They also had the resources for software development, which usually takes a lot of time. We thought that was a good place to start. Pretty soon we realized that the challenge was far greater than we had anticipated. The examples they wanted us to make for their trade shows were so complex that we had to start putting together a full simulation program instead of a simple visualization tool.

Scott: Suddenly we had our first client before we even had a company! They became our investors and majority owners.

Juha: JOT provided funding for over a year, but they were doing so well that they got busy with other things and didn’t have the time to manage VC. They agreed to sell us the majority of the company and still remained our customer.

Tell us about the early days of Visual Components?

Mika: After JOT pulled out, there were some financially tough times when we had to take pay cuts to keep us afloat. We were also chasing big customers and doing cutting-edge software development at the same time. The challenges were complex and deadlines tight. In the early days, we worked day and night, and I remember pulling quite a few all-nighters to meet deadlines.

Scott: We had the basic challenges: everything related to money, setting up a legal entity, finding talent and so on. The biggest challenge, however, was getting our name out there.

Juha: I agree with Mika and Scott. Also, dealing with administration while trying to develop our own expertise was hard. However, securing KUKA Robotics as customer was a big deal that gave us steady revenue. When we got a major automotive customer around 2008, I knew we had reached a new level.

Mika: That was big. We were the underdogs before that, since it was hard to convince huge companies to rely on a small service provider such as us. I think the big clients made us push harder on the software development side.

At one point early on, we cut our own salary in half and luckily all the people who were working with us agreed to a temporary salary reduction so we didn’t need to let anybody go. VC has always been like a small family.

Tell us your favorite anecdote!

Scott: When things got serious with one big customer, we had to fly out to their headquarters to take meetings with their management. Being a small company, we were pretty down to earth, and everyone had simple titles like ‘simulation engineer’. Before the trip we had to upgrade our titles so they would take us seriously. Then there’s the story of how we hired Staffan.

Juha: Haha, this is a good one! Staffan was the first person we hired and we had to be absolutely sure we get a skilled worker. We had a programming test that had five deliberate errors in the code. We asked Staffan to look at the code, tell us what it’s supposed to do and identify the bugs. Well, there were supposed to be five errors, but Staffan identified eight.

Mika: Wasn’t it Scott who came up with the test?

Scott: My gosh. We definitely wanted him to work for us. But he was probably thinking: “Wow, why would I want to work with a bunch of guys who don’t know how to code?”

Mika: I’m glad he decided to work for us anyway. I remember being involved in a recruitment process where a person decided not to come work for us because we were too multicultural for him to learn Finnish. We love having many nationalities working for us as it always helps when operating in an international business environment. 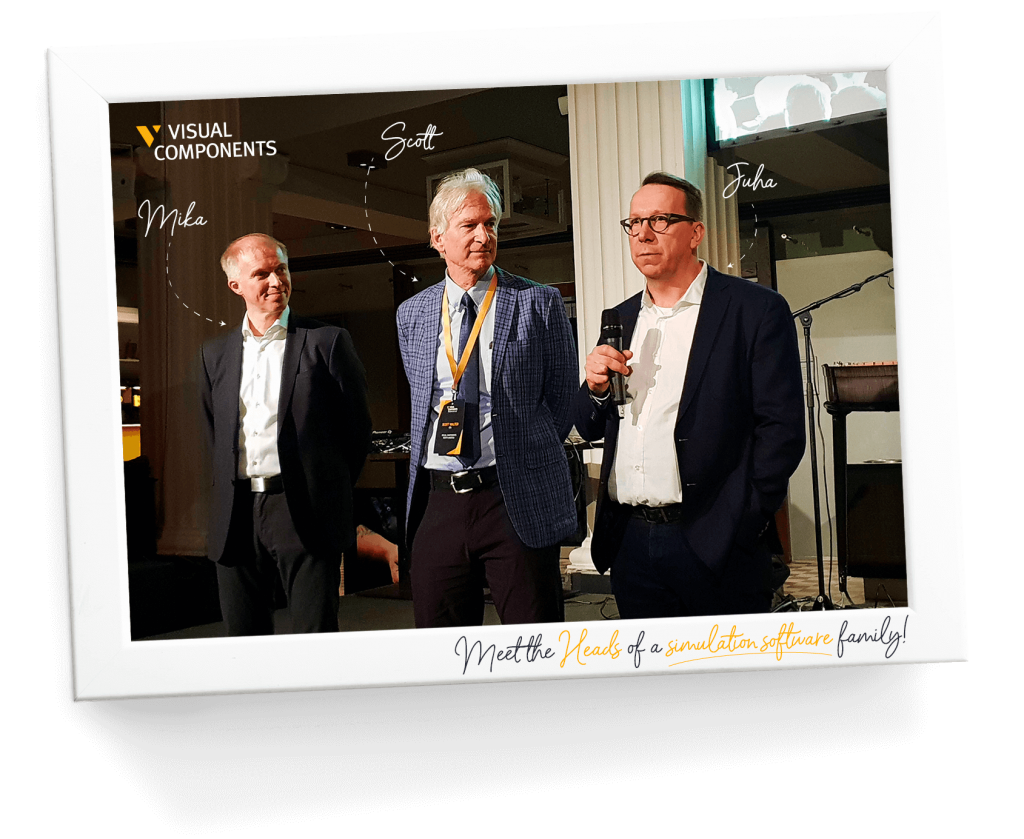 Apply now
Back to top