Many companies test out their factory expansion plans through a simulation before the final investment. Doing so helps discover problems and find solutions to them in time.

“We run simulations in order to make the correct decisions”

Read the original article published in the Automation Special edition of Helsingin Sanomat (in Finnish). 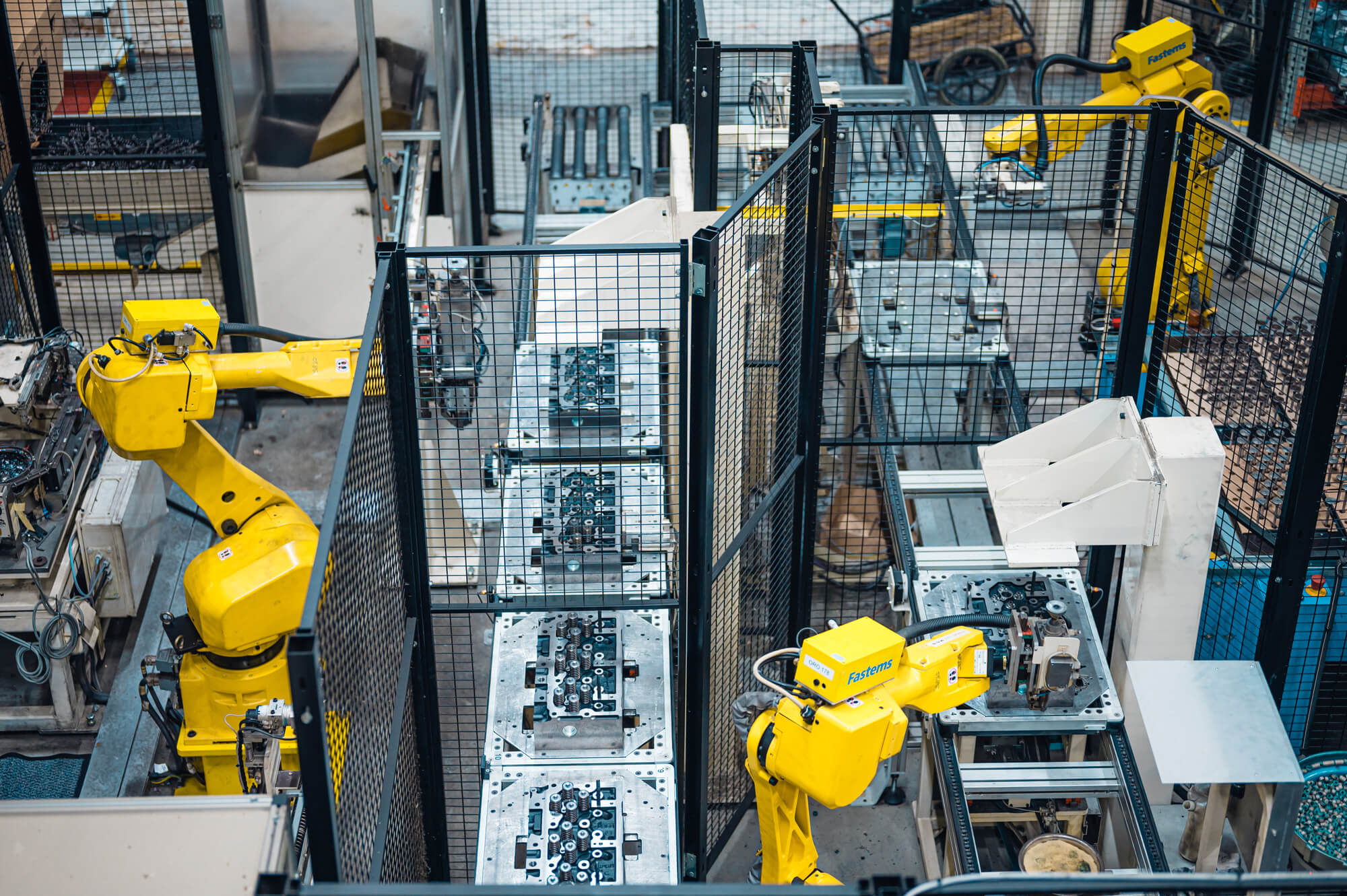 Read the original article (in Finnish)

AGCO needed to expand its diesel engine factory in Nokia. The Linnavuori factory manufactures around 30,000 diesel engines a year, mainly for use in agricultural machinery. The investment would be a major one, so it needed to be handled with care. Before ordering a new piece of equipment, AGCO decided to run a simulation of its planned component machining system.

For the company, the simulation meant a realistic virtual imitation of their expansion plan.

–AGCO Power told us about the plans for the various stages of production. After this, we entered the scenarios and ideas into the simulation software, with consideration for the products, machinery and stock. Based on this data, we were able to create a three-dimensional simulation of the planned operations on the computer. AGCO Power got to try out running the factory on screen as if they were playing a video game, explains Senior Consultant Jouni Eronen from Jetecon.

The game-like simulation is used to test whether everything in the plan works as expected and which details need to be changed.

By testing out the process, you can see if the robots and items move without any problem. Testing also reveals any bottlenecks that might slow down the process. At the same time, the simulation gives the factory designers ideas on how the arrangements could be further improved.

As a result of the simulation, AGCO Power was able to improve its plans. For example, when bottlenecks caused by insufficient equipment were detected, they could be fixed by adding more equipment. Conversely, some pieces of equipment could be removed from the plans if the simulation suggested that a smaller number was sufficient.

–Simulation is becoming increasingly important as the variety of products grows and their life cycle gets shorter, Yli-Jama adds.

AGCO Power also used the simulation to compare how the solutions of different equipment suppliers suited its production.

The rising popularity of simulation

Solutions that are confirmed as correct improve the company’s competitiveness and ultimately pay off financially.

Companies are running simulations more often because doing so also speeds up the planning process. The same simulation tools can be used for different aspects of production, from manufacturing and packing lines to robotics.

–Our tools are being used more and more frequently for testing entire processes. The simulation goes through all material flows and the use of robotics is incorporated as part of the bigger picture, Salminen continues.

Simulation software can also be directly connected to the management systems and machinery that will be used in the future. This gives an increasingly detailed picture of what happens if the plans are implemented. This has significant benefits, especially since systems are constantly becoming more complex.

–This need arises during the planning stages for investments and changes, especially if the site in question is complicated, has parts that are difficult to define or the implementation-related risks need to be minimized, says Eronen.

AGCO Power utilized a factory simulation when expanding its diesel engine manufacturing line. It paid off because the simulation helped to eliminate the bottlenecks from the initial plans.

The factory simulation is like a game that demonstrates how the line works.