Wonder what it's like working at Visual Components? In our Career Stories series, we introduce you to the rock stars who make up our great company.

Tarciana has been a Software Engineer at Visual Components North America (VCNA) since 2017. After completing an undergraduate degree in Brazil, she moved to the United States to pursue a masters in technology and robotics from Wayne State University.

Tarciana is still an avid learner. Her free time is focused on cultivating new skills, from computer languages such as Python, to skiing, and German too. She is also a keen cyclist, and looks forward to taking her bike out on trails and through the countryside this summer. 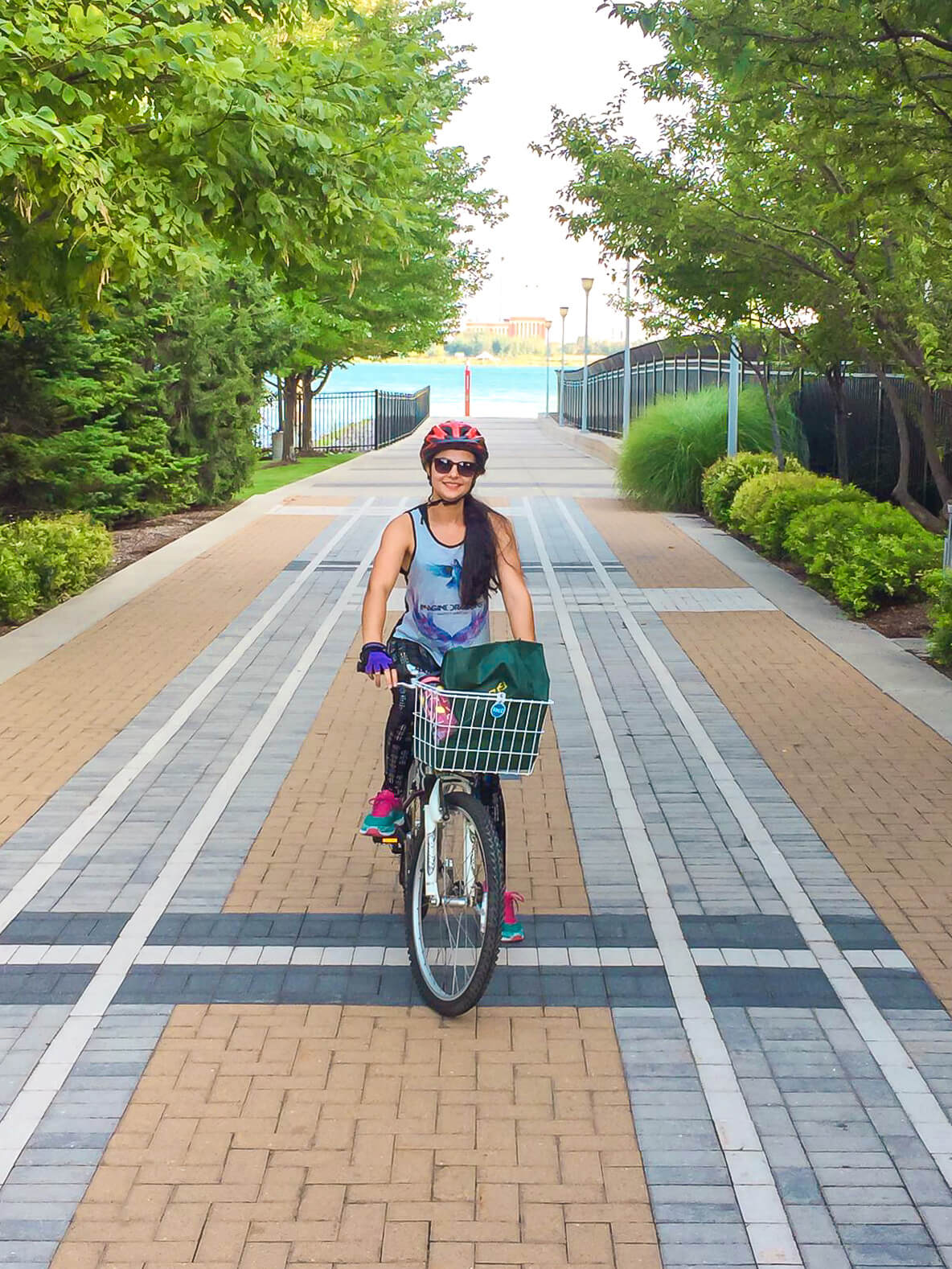 How did you end up working at Visual Components?

On my second day at University my professor introduced me to Dr. Scott Walter (a founding member of Visual Components). This professor had an idea for an app that would use VC simulation software, and I was brought on to help with the project.

By the following semester I was teaching students how to use VC software for this same professor, who was the one to tell me about the VCNA internship opportunity during my last semester. I was hired for the summer at VCNA and before I finished the internship, they asked me to continue full time.

What has made you stay at Visual Components?

The people. When I started, my colleagues made sure I was learning from what they were doing. I was involved in all the projects, and I felt that I was part of the group, that I could contribute. I could ask to learn how to model a component one day, or process an order, and the next day attend a meeting or learn how to talk with clients and customers about our product. I knew that one day soon I would be doing these things by myself. 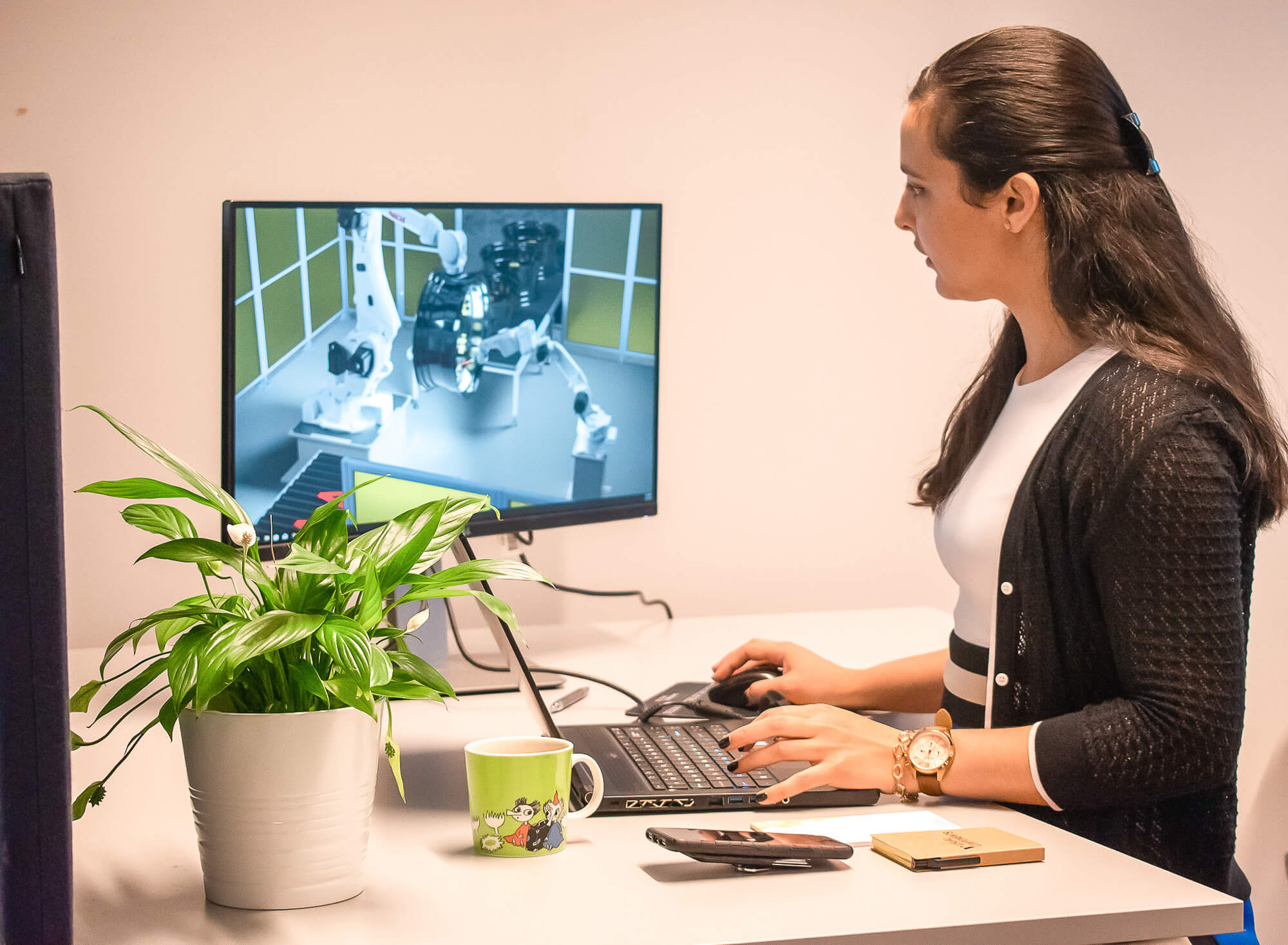 I think it’s common when you leave school if you can find a place where people are willing to teach, you feel at home.

What are your responsibilities as a Software Engineer at Visual Components?

I start the day by checking my emails to see if there are support requests from customers. I’ll help with consulting projects too, which is where I learn the most because we’re working with something new and different with each project. We have to learn each process in order to simulate it.

I also develop training content and materials to share with my colleagues and provide trainings for customers. I’m learning about the sales side of things too.

What is the best part of your day?

I love teaching. When I can give a training session to a group of people who are excited to learn, who are amazed at how our software can solve a project, to me that’s mission accomplished. It’s undoubtedly the best part. 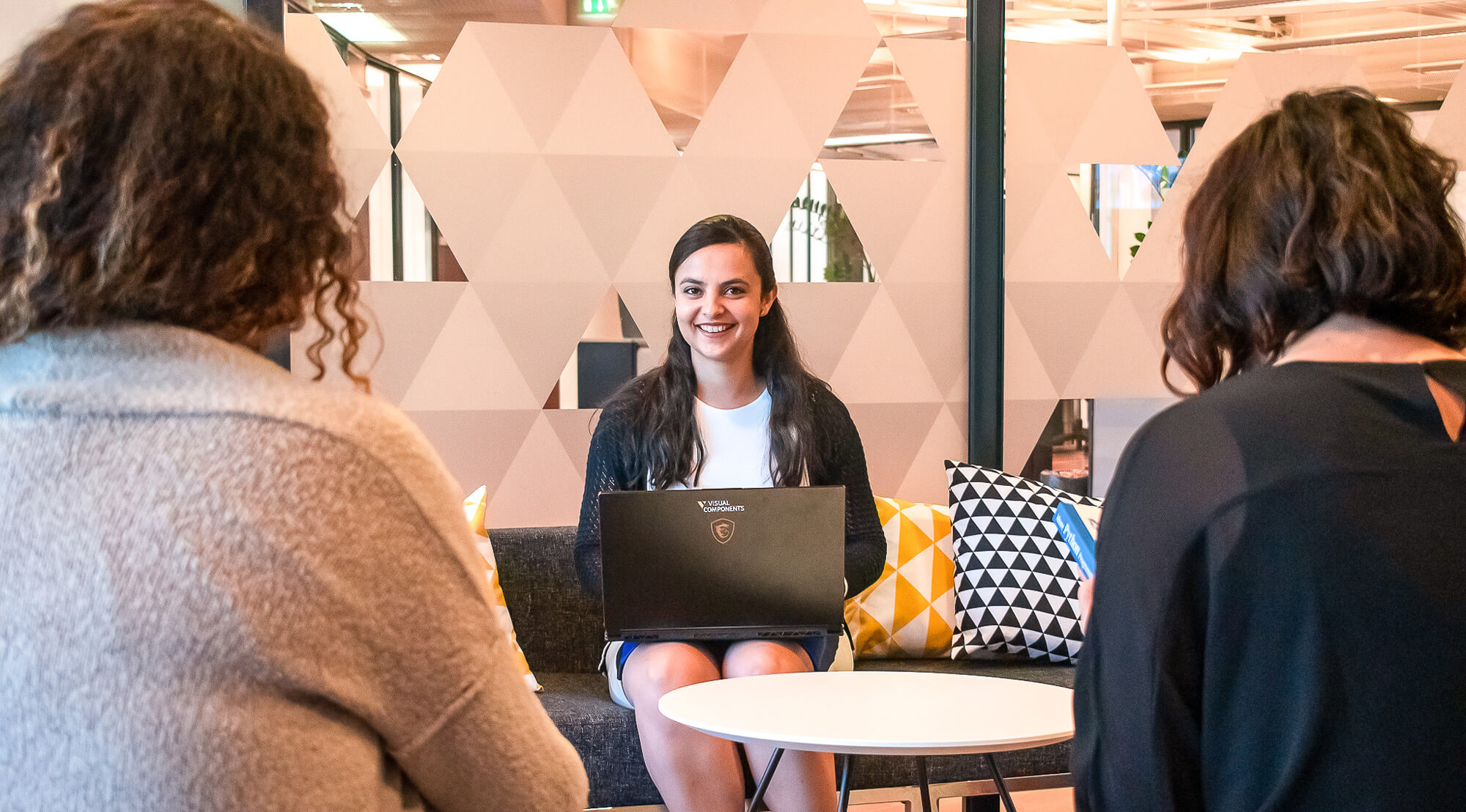 What do you enjoy most about working at Visual Components?

Math used to be my hobby. I was part of a math group and enjoyed solving problems. At VC I get to use a lot of math to model new components for simulation.

It’s exciting to put a basic calculus formula into the software and then see it come to life.

What are your favourite memories at Visual Components?

The VCNA office was invited to a KUKA event last year, and one of the activities at the event was bowling. Dr. Scott tried to teach me how to throw the ball, since I didn’t know how, but on my first try I threw the ball backwards instead of forwards! Despite this it was a lot of fun, and I ended up with the most points and winning the game against my colleagues!

Do you have any advice for someone who wants to work at Visual Components?

If you’re looking for a job where you can learn, do something different every day and be challenged, you should come work at Visual Components.

Describe in one sentence what it is like to work at Visual Components?

Working at Visual Components means being challenged in a good way, in a way that you improve yourself while being supported.